First, you need to change the “Free Kick Controls” from “Reverse” to “Normal”. If you don’t know where or how to change that, then just check the 1st minute of my video: https://www.youtube.com/watch?v=JDhpa8Ai_oI

For PC Keyboard keys, make sure you map (assign) new keys for both “RS Right” and “RS Left”. This is very important so that you can change the Camera line using these 2 keys. I don’t use Keyboard, so i hope it is easy for you to convert controller keys to keyboard keys so that you can follow my PES 2017 Free Kick Tutorial below.

This is the easiest PES 2017 Free Kick that doesn’t need lot of practice. Just Change the Camera Line (using Right Analog) to the side where the Goal Keeper is far from. Then make the line almost close to the post so it can be hard to save. And then click “Square” button (X for Xbox) and choose almost half the gauge.

This is another quite easy PES 2017 Free Kick, you just need to know where to target the curved line. There are 2 types of Cruve Kick: Right and Left. If you get the foul on the right side of the Stadium then choose a “Right-footed” player. Then curve the Camera Line (using Left Analog) and keep holding it and click “Square” (X for Xbox).

If you get the Free Kick in the Left side of the Stadium then you choose a “Left-footed” player and you do the same thing. Make sure that the end of the Curved line is close enough to the post.

This is one of the hardest PES 2017 Free Kick shots and needs lot of practice in the “Training” mode of PES 2017. It is very helpful when you master it as it will bypass up the wall with great power then go down. To do this Knuckle Kick just click “Square” button (X for Xbox) with almost full gauge charge. Then just before seeing the Player touching the ball, click again on the “Square” button. You can see the Tutorial video above for more clear instructions.

This kick needs 2 players, to bring the second player just click “L1” (LB for Xbox) + Dpad up arrow. Then after targeting the best line, just click on “Square” (X for Xbox) then immediately click “X passing” button (A for Xbox). Then click on “Square” (X for Xbox) again so that the 2nd player takes the shot. This fake PES 2017 Free Kick will make the “wall” jump early in the first fake attempt, making it easier to score from second kick.

This kick also needs 2 players, to bring the second player just click “L1” (LB for Xbox) + Dpad up arrow. After targeting the best line, just Hold-click on “L2” (LT for Xbox) then click on “Square” (X for Xbox). This Fast PES 2017 Free Kick will surprise both the “wall” and “Goal-keeper”.

This is an exclusive Kick that i brought from old PES 6. First bring the second player, just click “L1” (LB for Xbox) + Dpad up arrow. You can keep default target line or find the best one through using different angles. Now Hold-click on “L1” (LB for Xbox) then immediately click “X passing” button (A for Xbox). Now release the “L1” button and click on “Square” (X for Xbox). This powerful PES 2017 Free Kick will be a goal if it passes the wall , so make sure to choose a player with high power shot.

This is another amazing Exclusive trick that you will enjoy in PES 2017 Free Kick training. In order to achieve this Bicycle Kick, you need to click on “L1” (LB for Xbox) + Right of “Right-Analog”. This will show you the players that you can pass the ball to, so select the player using the Right-Analog directions. When you find the player with high skills (like Neymar, Messi, Cristiano, Rooney..) click on “Circle” (B for Xbox). You can move the Player you chose with “Left-Analog” to get the best position then click “Square” (X for Xbox).

In order to achieve this Free Player Kick, you need to click on “L1” (LB for Xbox) + Right of “Right-Analog”. This will show you the players that you can pass the ball to, so select the player using the Right-Analog directions. When you find the player that you need, move him with “Left-Analog” to get the best position. Now Click on “X” (A for Xbox) then you may change the angle of shot and click “Square” (X for Xbox).

Another Exclusive kick that you will not find anywhere on the internet. This Fake Line Kick is a very useful PES 2017 Free Kick especially if you are playing against your friend or brother on the same Computer. Just choose first target line and click “R2” (RT for Xbox) to save the target line. Now you can choose any second fake target but don’t click again the “R2”. Then click on “Square” (X for Xbox) and you will see that the ball will go to the first saved target line. If your friend knows that anyone can move the “Goal-Keeper” to the shown target line using “Triangle + direction” (Y for Xbox), then you will make lot of fun using this trick. You will force him to keep his Goal Keeper in the middle just in case. 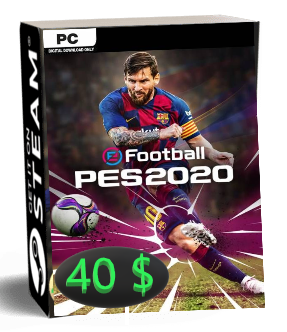